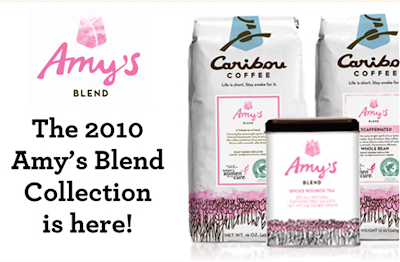 One of the distinguishing traits of the specialty coffee industry is its emphasis on community. Despite the increasing pressure to remain competitive in this harsh economic climate members of the coffee community never hesitate to band together and support a good cause and SCAA member Caribou Coffee is no exception to that rule.
Coinciding with October being National Breast Cancer Awareness Month, Caribou is once again offering its specialty range of Amy’s Blend products. The Amy’s Blend campaign began in 1995 as an effort to offset the medical costs for Caribou’s former Roastmaster, Amy Erickson, as she battled breast cancer. Since her passing it has evolved into a nationwide initiative to raise both funds and awareness for this devastating disease. 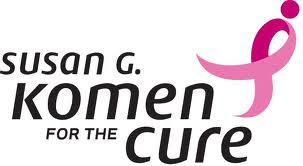 Caribou is doing its part to honor Amy’s memory by donating 10% from the sales of Amy’s Blend coffees, teas, and other merchandise in Caribou retail stores to Susan G. Komen for the Cure (http://ww5.komen.org/). In addition they will also give $1 per bag of Amy’s Blend sold in various grocery outlets across the country. The public also has the option of donating pink tulip bulbs to what will become two memorial gardens in Amy’s honor at the Mall of America in Bloomington, Minnesota and the John G. Shedd Aquarium in Chicago. Those donating online are invited to contribute to a virtual garden at http://www.cariboucoffee.com/.
We commend Caribou Coffee for their dedication to this admirable cause and hope that the coffee world never loses the love for outreach and charity that distinguishes it as community rather than a purely corporate industry.
For more information on how to donate to the Amy’s Blend fund, visit: http://www.cariboucoffee.com/page/1/amyscollection.jsp
Related Posts